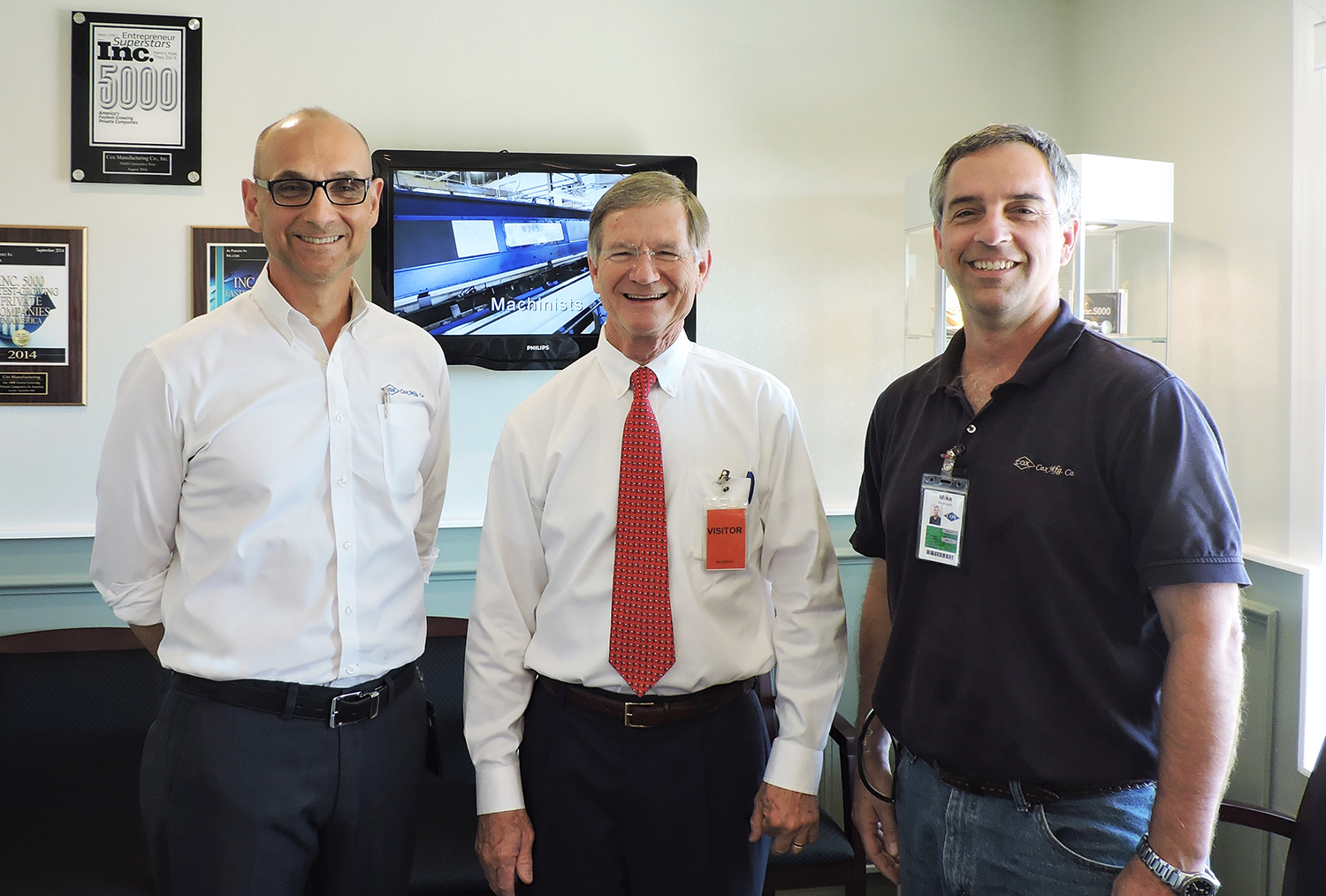 As Chairman of the Science, Space, and Technology Committee, Congressman Smith’s interest in technology businesses in his home district led him to visit Cox Mfg on July 10th, 2017. Cox Vice Presidents Mike Petrusch & Art Raynes greeted Rep. Smith, who was named Politico’s Policymaker of the Year, along with his colleague District Director Mike Asmus. 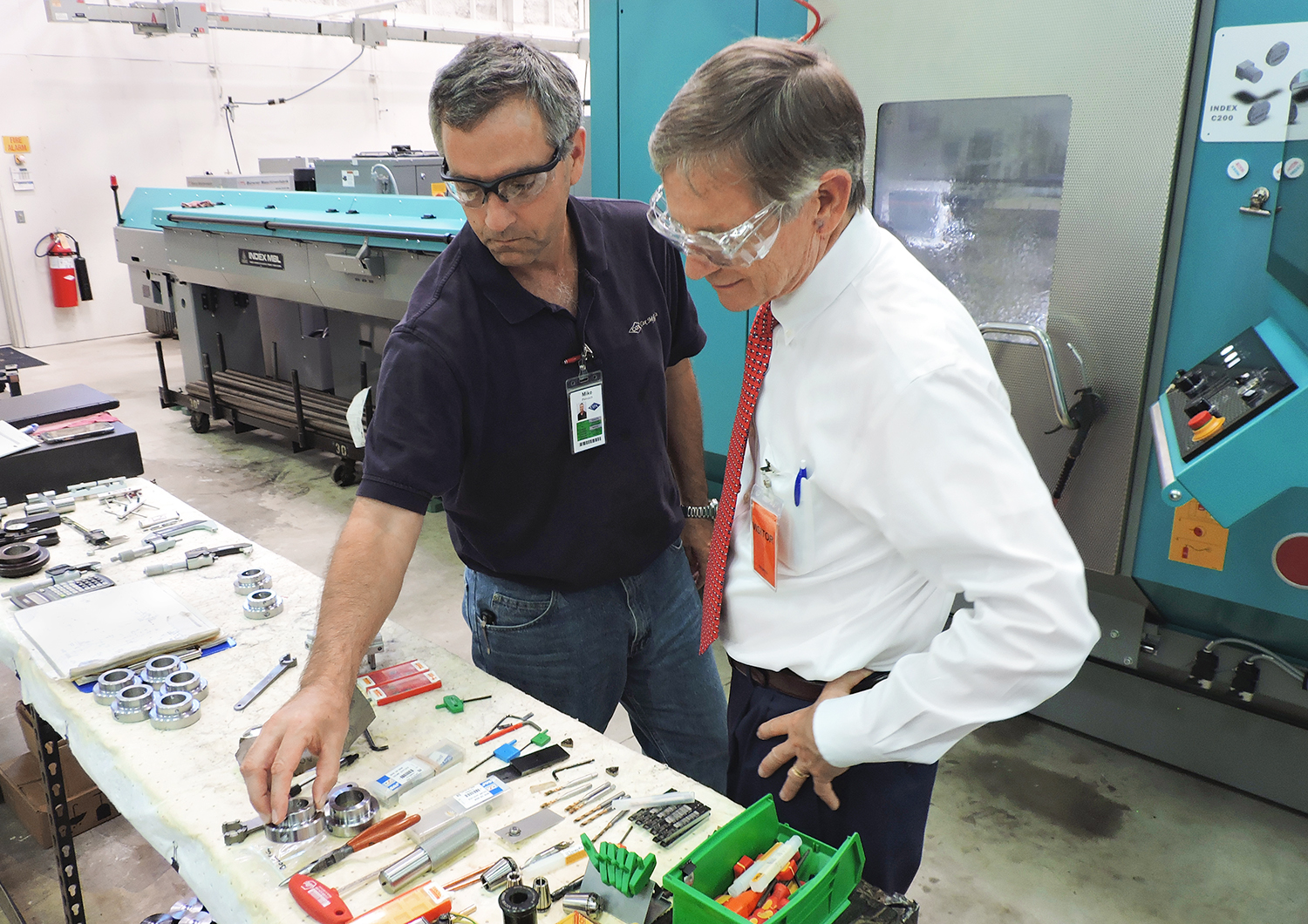 During their extensive tour of the Cox Mfg factory, the Washington visitors asked many questions about Cox’s capabilities, and our most difficult challenges. 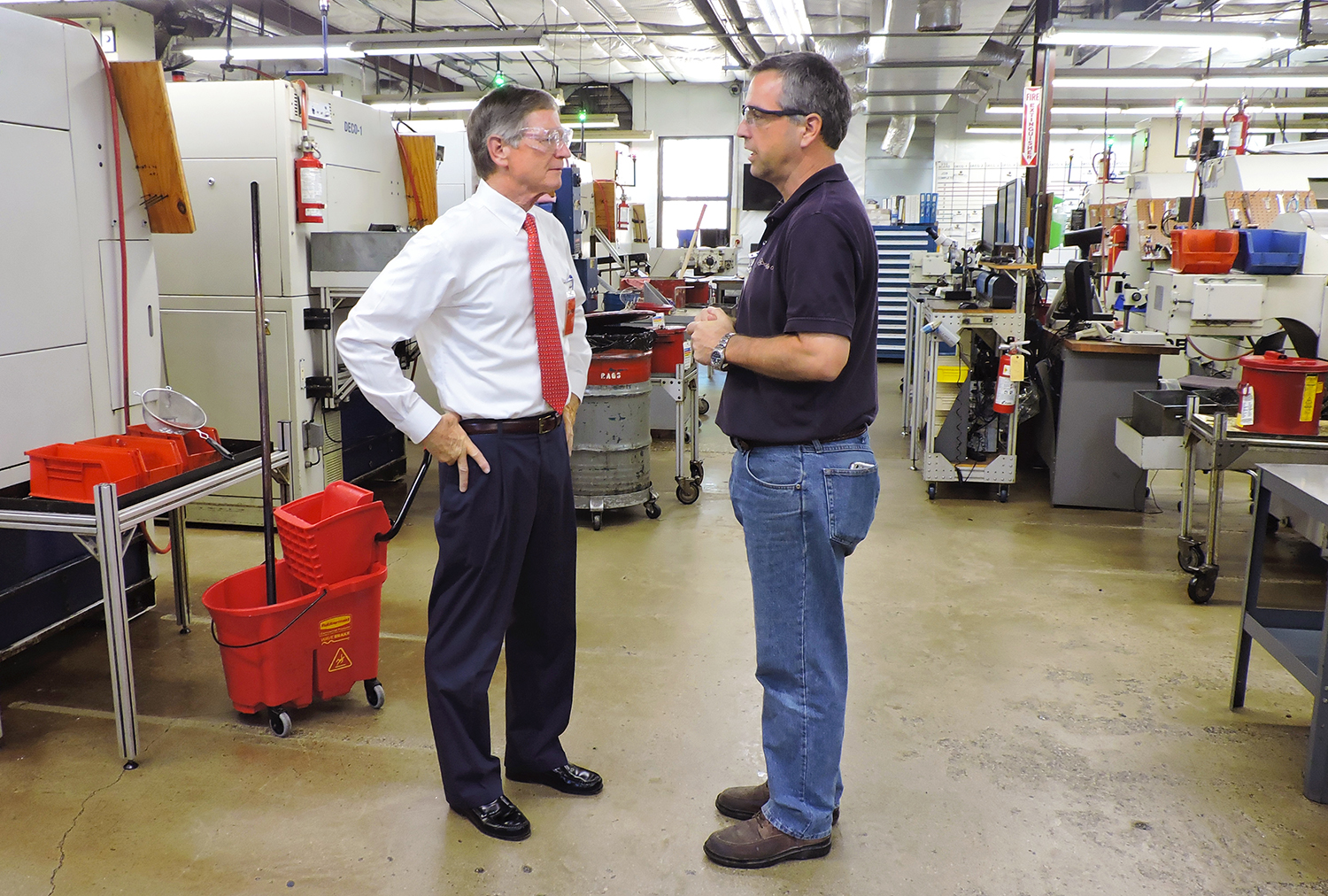 Smith, who founded the Border Security Caucus and currently serves on the Homeland Security Committee, mentioned that he is working with the current administration to promote healthy immigration reforms that consider the practical needs of immigrants, local businesses, and broader border security concerns. Named "the Most Effective Member of the House", the 21st District legislator expressed sympathetic concern for the plight of US-based businesses. "Low cost country" governments that prop up competitors through currency manipulation and pronounced subsidies have become a principle disadvantage to American manufacturers.