Cox Manufacturing was nominated for and recognized as a Patriotic Employer by the Employer Support of the Guard and Reserve (ESGR).

Cox Manufacturing Company's President and CEO William T. "Bill" Cox, Jr. has been recognized and awarded for being an employer that consistently shows enthusiastic and patriotic support for his employees currently serving in the United States National Guard and Reserve forces. This award reflects the efforts made by employers to support those in the forces, such as showing flexibility with Guard and Reserve employees' schedules, accomodating time off for deployment, and granting leaves of absence when necessary. 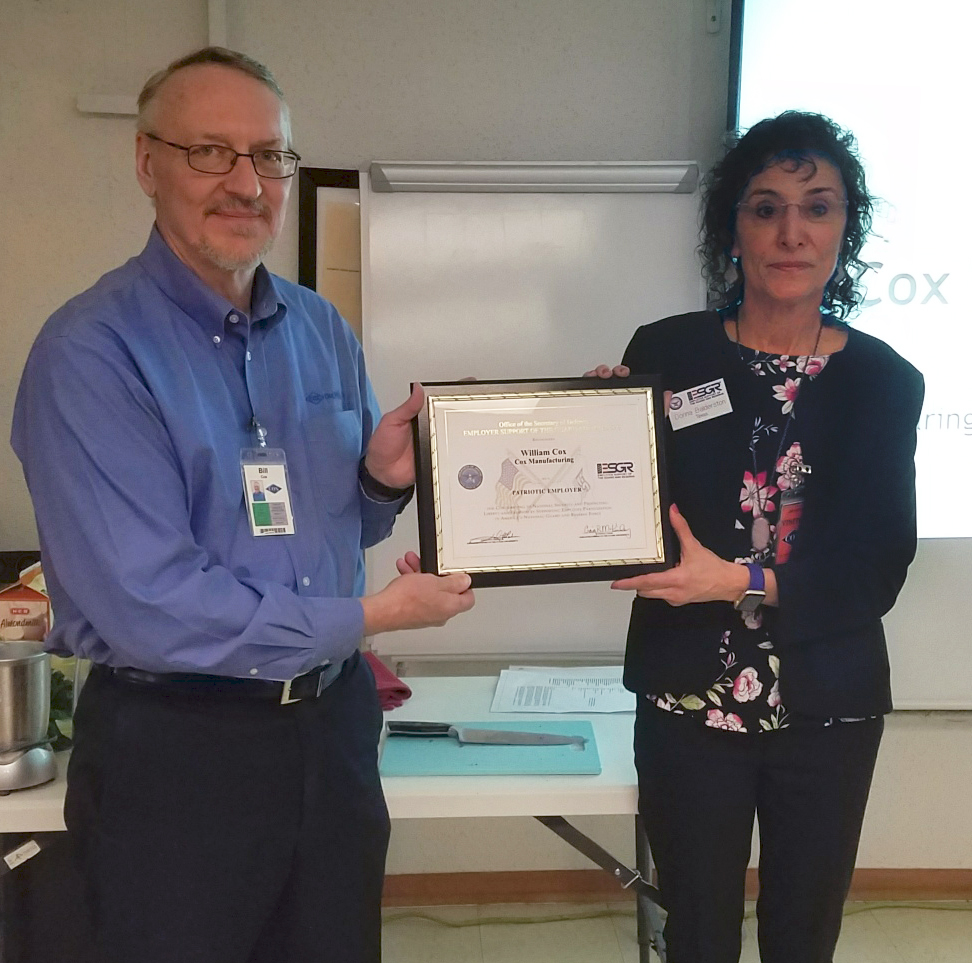 Bill Cox was nominated by an employee working as a machinist apprentice at Cox, but currently serving overseas. He praises Mr. Cox's "exceptional flexibility" in working with his schedule as a current Army Reservist and adds that "the leadership team at Cox Manufacturing also ensured that I had a smooth transition to the Title 10 orders I mobilized for my deployment [overseas]".

"Mr. Cox has several Army Reservists working for him and he enthusiastically supports us all as we work together to deal with the high operational tempo and sometimes crazy drill schedule that we all have," he writes. "I can honestly say, without reservation, that Mr. Cox and my direct supervisors are absolutely supportive." 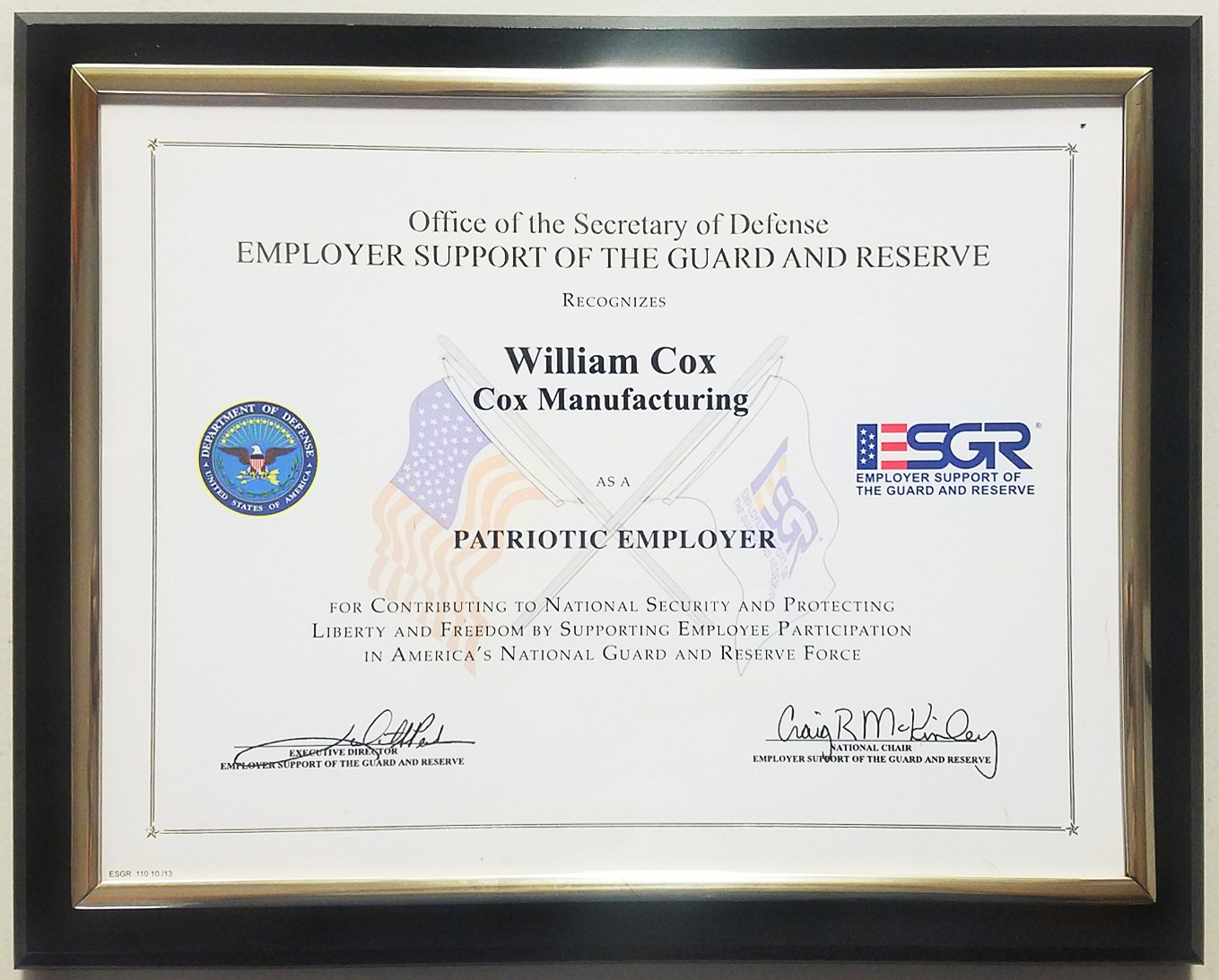