Eric Stocker became the fourth apprentice to graduate from the Cox Apprenticeship Program.

Eric Stocker graduated from the Apprenticeship Program in the summer of 2018, making him the first apprentice to graduate in 2018 and the fourth to graduate since the establishment of the program. Since he was hired in 2013, Eric has become experienced running Miyano BNE, Swistek AB42, and Eurotech Elite CNC machines and turning centers. 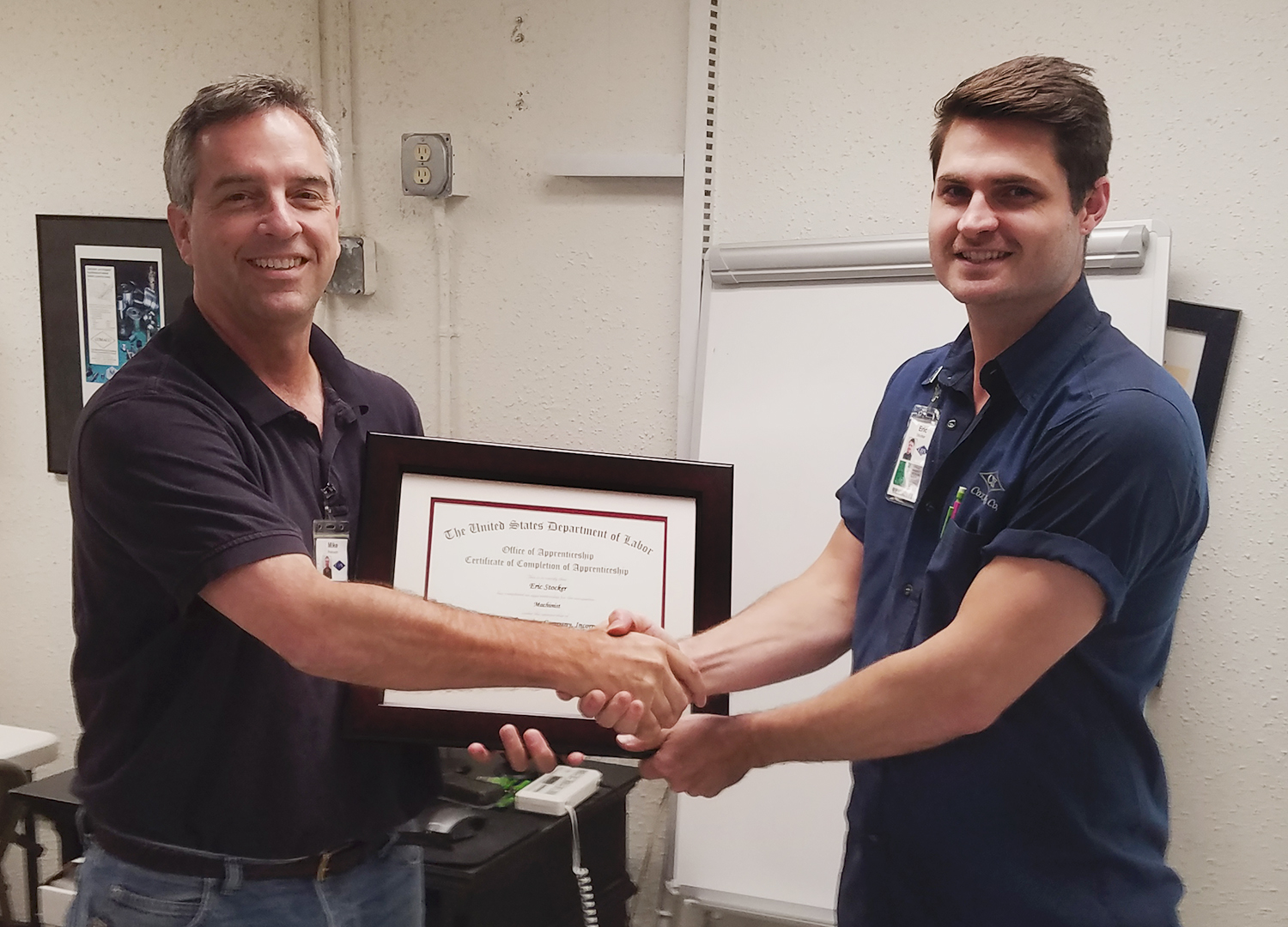 With Eric's achievement comes the sought-after increased pay, bonus vacation, and recognition by the United States Department of Labor that all apprentices currently enrolled in the program have to look forward to.