Information and Innovation: How PMPA Helped Lay the Foundation for the Success of Cox Mfg

Information and Innovation: How PMPA Helped Lay the Foundation for the Success of Cox Mfg

While the Production Machined Parts Association was an integral part of Cox Mfg's professional growth as a new company, the organization still plays a large part in the company’s success. Read more about the decades-long relationship that helped shape Cox Mfg. 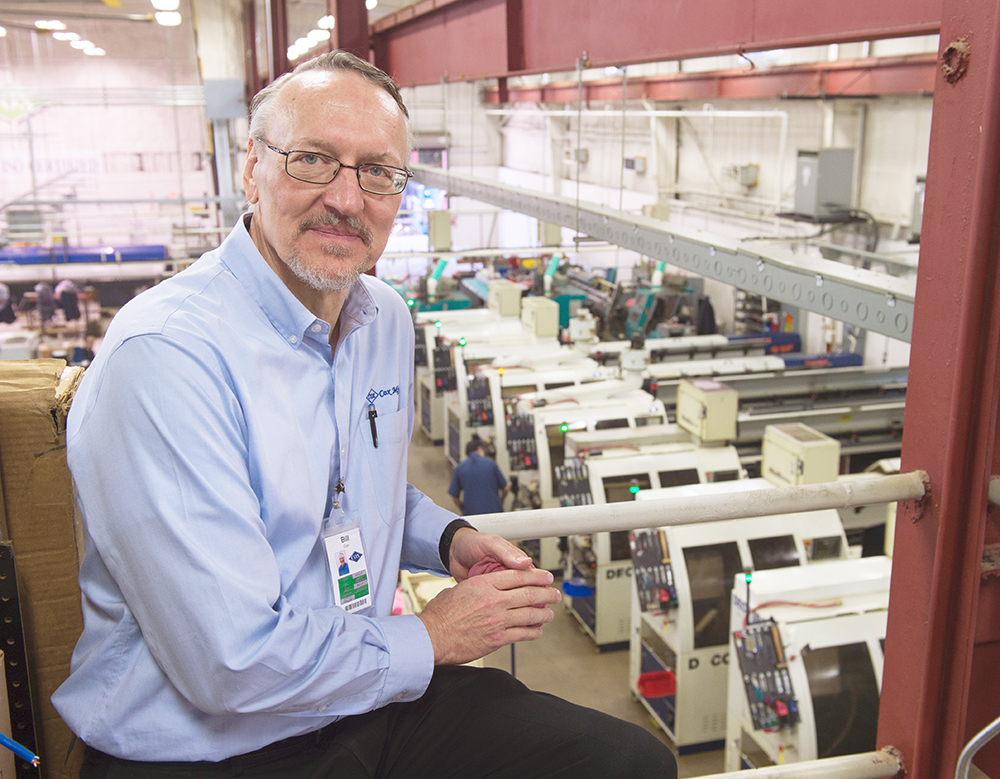 When Cox Manufacturing began in 1956, the company had early success from producing small stainless steel bobbins used for computer memory. The computer industry was taking off and every bit of computer memory required one of these bobbins. More than 60 years later, Cox Manufacturing is one of Texas’ leading suppliers of high-precision custom parts for a large number of industries.

Cox Manufacturing is currently headed by Mr. Cox’s son, Bill Cox, who became president of the company at age 24. At just nine years old, Bill Cox talked to customers and wrote his first order. After his father passed away when he was 12, Bill Cox was asked by his mother if he’d be interested in taking over the business when he grew up. From there, Bill Cox started working summers in the shop until he joined the business full time at age 20.

“I grew up assuming this is what I’d do,” Bill Cox says. “Like my dad, I had an affinity for solving technical problems. I enjoy all aspects of the business, from marketing, to employee development and customer engagement.”

Without his father to teach him about the industry, Mr. Cox relied on his father’s old transcripts from PMPA Technical Conferences to learn about the industry’s history and how different shops made their parts. With such a wealth of information at his disposal, Mr. Cox was able to take the financial management literature from these transcripts and manuals to develop his first job costing system.

“I didn’t have anyone to mentor me when I was moving up in the company,” Mr. Cox says. “PMPA really facilitated my growth through those resources. I learned more about the industry from reading those technical documents than any class I took in college.”

While PMPA was an integral part of Mr. Cox’s professional growth as a young professional, the organization still plays a large part in the company’s success. Cox Manufacturing sends several of its employees to technical conferences and the Management Update conference. The company also values PMPA’s listserves and the breadth of information found on them. 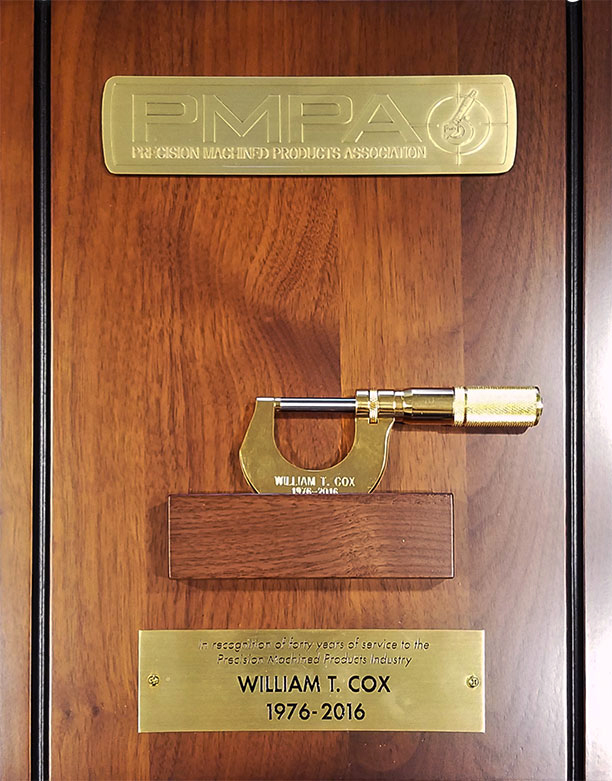 In recognition of forty years of service to the Precision Machined Products Industry, a gold-plated, engraved, working micrometer was awarded to Bill Cox (Cox Manufacturing Company) in 2016.

“As the saying goes, ‘there is wisdom in a counsel of many,’” Mr. Cox says. “You can have a challenging job, describe your problem on the listserve and get a ton of industry expertise weighing in and giving advice on the challenge you’re experiencing. To us, that’s invaluable.”